After review, Diederich moved to accept the October minutes, as presented.  Support,

Public comment:  Dennis Dyko stated that a bald eagle was spotted at the corner of

considering the addition and construction of new wind turbines.

Supervisor, Griffes felt that some proactive action should be taken, to notify the Township residents, of the proposed wind turbines, within the Township.  James Utz added that around 70% are not in favor of the turbines, a public hearing isn’t necessary at this point and an informational meeting could be considered, by the Board.  Lindsay Utz questioned if a response from the community is necessary and to find inquire if a meeting is needed at all.  Griffes will work on a letter to send out with the December tax bills, it will also be available, on the Township website and in the local newspapers.

Updates on the Fulger property were given and discussed. Post holes are filled with concrete, pylons are done, the footings outside of the mobile home need to be completed before the home is delivered and set up.  Because of missing deadlines and no substantial progress, by

the Fulgers, the Board decided that a letter will be sent out, appealing for more progress by a December 1st deadline or the Township legal service will be contacted.

The Clerk requested, that because of the nonstop line of voters and exposure to the virus,

Diederich reported that the 2021 N.I.E.S.A. General & Equipment Budget has been passed,

With 7.5 mills Building & Equipment and 1.2 mills General.  An Investment meeting will be

on November 12th and will be voted on.  The training room in the Webberville Station will be named in honor of long time dedicated fire fighter, Gregg Flynn.

It was decided by the Board, that DeLau Fire Services recommendation to add two additional fire extinguishers, to the Township Hall will not be necessary, at this time.

After review, Benjamin moved to pay all bills, as presented.  Support, Hamlin.  Griffes-Yes,

Hamlin stated that Barbara Alchin would like to thank the Board for the bench, installed at 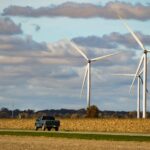