After review, Diederich moved to accept the minutes, of the September regular

Interest from Lindsay Utz and Kris Lycos.  After discussion, Griffes moved to appoint

Kris Lycos to the Board.  Support, Benjamin. Motion passed.  Motion by Hamlin to

appoint Lindsay Utz to the Board.  Support, Benjamin.  The motion passed.

Sean Stocker, who gave an overview of their company and their planned development.

The steps that will be taken are community development, wind and land studies,

power purchase agreements, construction and energize, and produce energy.  The

audience had questions and comments.  James Utz suggested that the Township

Township residents and to get an objective view from them. Loretta Benjamin feels the

project will have an adverse effect on rural farm land and residents. Scott Diederich

noted that the public needs to get involved first of all. Dennis Dyko stated that feasibility

studies need to be completed.  Shelly Hall felt that the people need to considered first

and property values will decrease because of the wind turbines.

Sean Stocker responses were that the wind turbines will produce needed clean energy,

the owners of their leased property will benefit financially, will increase jobs and

spending during construction and additional tax benefits for the community.

This was the an informational meeting and Apex Clean Energy, Inc. needs to apply

for a public hearing with the Township Planning Commission.

DeLau Fire Services suggested that the Township Hall is getting older, that fire

extinguishers be provided for the furnace and computer rooms.  Diederich will

check further to see if there would be an advantage to have them installed.

Motion by Diederich to table until next month.  Support, Benjamin. Motion passed.

After review, Benjamin moved to pay all bills as presented.  Support, Hamlin. 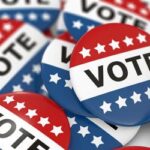