Meeting was called to order at 7:00 p.m. by Supervisor, Earl L. Griffes.

After review, Griffes moved to accept the minutes of the November meeting

Public comment:  Shelly Hall had questions about the Dominion Tabulator

System’s random updates, at midnight, before the November Election. The

Clerk tried to explain the accuracy and security of the voting machines.

Larry Fulger informed that their mobile home was going to be delivered and set up tomorrow.  There are some repairs needed to be done, there is a furnace,

with plans on adding a wood burner.

Hall rental during the pandemic was discussed.  Griffes stated that they are

adults and should be responsible. Whitehead felt that the health and safety

of the residents would be compromised, by allowing gatherings, at this time.  Motion by Griffes to rent the hall as normal.  Support, Ream.  Whitehead-No, Ream-Yes, Griffes-Yes.  Motion failed with two yes votes.

Office mask requirements for anyone entering the building, were discussed.

Ream felt that masks should be worn.  It was decided that the current sign, stating that masks are highly recommended and that the Plexiglas dividers

that were used during the election, be placed, on the office counter.

After review, Ream moved to contract with Webster, Griffes, Inc., at the same

After review, Griffes moved to pay the bills as presented and all the standard bills

After review, Diederich moved to accept the October minutes, as presented.  Support,

Public comment:  Dennis Dyko stated that a bald eagle was spotted at the corner of

considering the addition and construction of new wind turbines.

Supervisor, Griffes felt that some proactive action should be taken, to notify the Township residents, of the proposed wind turbines, within the Township.  James Utz added that around 70% are not in favor of the turbines, a public hearing isn’t necessary at this point and an informational meeting could be considered, by the Board.  Lindsay Utz questioned if a response from the community is necessary and to find inquire if a meeting is needed at all.  Griffes will work on a letter to send out with the December tax bills, it will also be available, on the Township website and in the local newspapers.

Updates on the Fulger property were given and discussed. Post holes are filled with concrete, pylons are done, the footings outside of the mobile home need to be completed before the home is delivered and set up.  Because of missing deadlines and no substantial progress, by

the Fulgers, the Board decided that a letter will be sent out, appealing for more progress by a December 1st deadline or the Township legal service will be contacted.

The Clerk requested, that because of the nonstop line of voters and exposure to the virus,

Diederich reported that the 2021 N.I.E.S.A. General & Equipment Budget has been passed,

With 7.5 mills Building & Equipment and 1.2 mills General.  An Investment meeting will be

on November 12th and will be voted on.  The training room in the Webberville Station will be named in honor of long time dedicated fire fighter, Gregg Flynn.

It was decided by the Board, that DeLau Fire Services recommendation to add two additional fire extinguishers, to the Township Hall will not be necessary, at this time.

After review, Benjamin moved to pay all bills, as presented.  Support, Hamlin.  Griffes-Yes,

Hamlin stated that Barbara Alchin would like to thank the Board for the bench, installed at 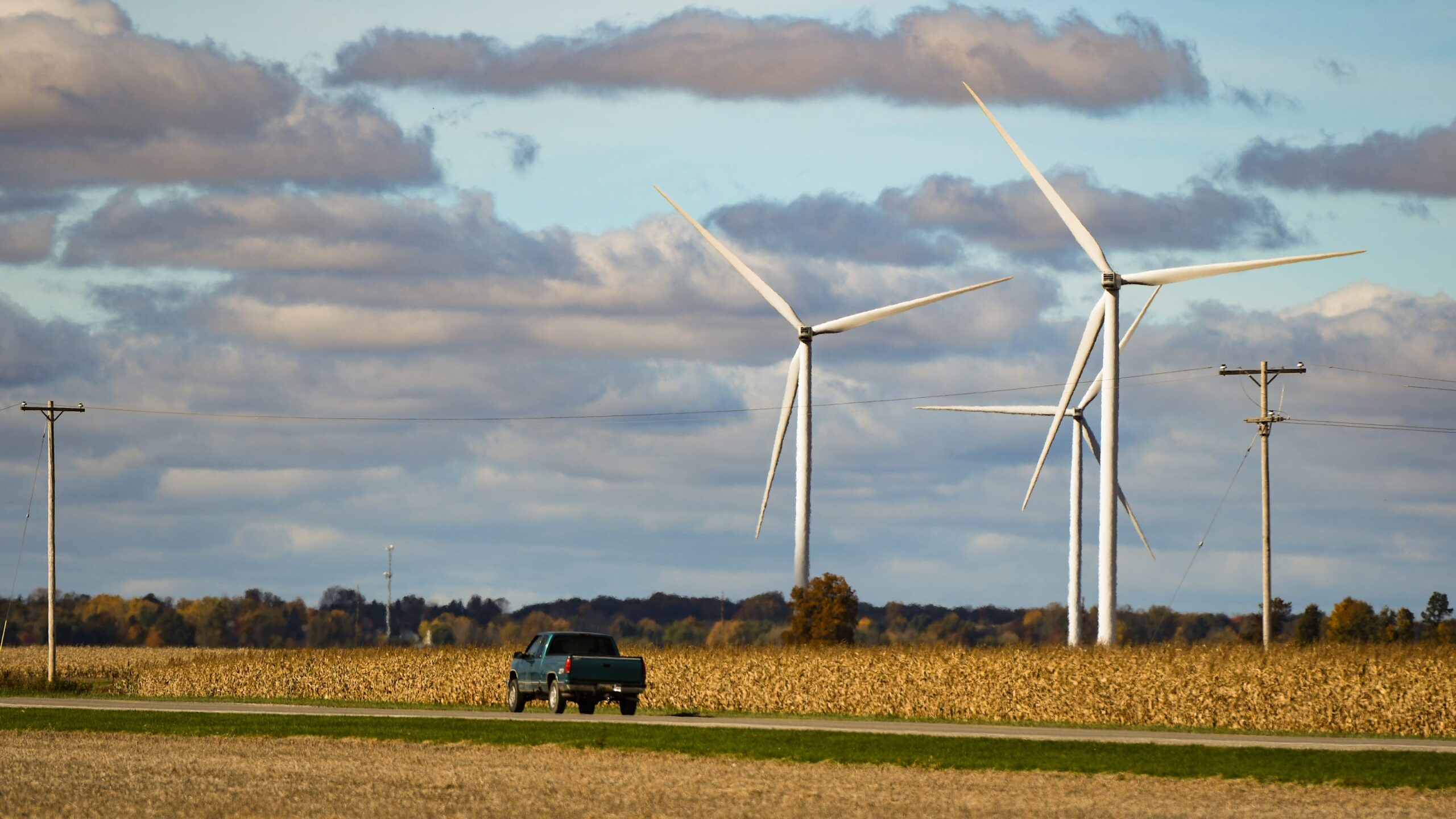 Apex Clean Energy is exploring Windmills in Leroy Township, click below for the packet presented to the Township 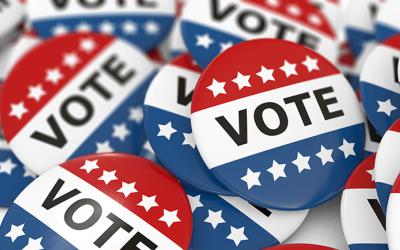 Vote Today at Leroy Township Hall if you are a registered voter for Leroy and Village of Webberville.

After review, Diederich moved to accept the minutes, of the September regular

Interest from Lindsay Utz and Kris Lycos.  After discussion, Griffes moved to appoint

Kris Lycos to the Board.  Support, Benjamin. Motion passed.  Motion by Hamlin to

appoint Lindsay Utz to the Board.  Support, Benjamin.  The motion passed.

Sean Stocker, who gave an overview of their company and their planned development.

The steps that will be taken are community development, wind and land studies,

power purchase agreements, construction and energize, and produce energy.  The

audience had questions and comments.  James Utz suggested that the Township

Township residents and to get an objective view from them. Loretta Benjamin feels the

project will have an adverse effect on rural farm land and residents. Scott Diederich

noted that the public needs to get involved first of all. Dennis Dyko stated that feasibility

studies need to be completed.  Shelly Hall felt that the people need to considered first

and property values will decrease because of the wind turbines.

Sean Stocker responses were that the wind turbines will produce needed clean energy,

the owners of their leased property will benefit financially, will increase jobs and

spending during construction and additional tax benefits for the community.

This was the an informational meeting and Apex Clean Energy, Inc. needs to apply

for a public hearing with the Township Planning Commission.

DeLau Fire Services suggested that the Township Hall is getting older, that fire

extinguishers be provided for the furnace and computer rooms.  Diederich will

check further to see if there would be an advantage to have them installed.

Motion by Diederich to table until next month.  Support, Benjamin. Motion passed.

After review, Benjamin moved to pay all bills as presented.  Support, Hamlin.

The Leroy Township Board Meeting was called to order at 7:00 p.m. by the Supervisor,

After review, Benjamin moved to accept the August meeting minutes as presented.  Support,

Arthur Webster and Mark Kucharczyk have  both resigned from the Board of Appeals.  The Supervisor will send letters of interest, to the residents that are interested in be appointed.

Larry and Jennifer Fulger were present to update the Board, on their plans to place a mobile

home, on their property.  Mr. Fulger stated that the permit is taking longer to finalize then

they had anticipated.  They also have applied for a new property address off of Frost Road.

They are in the process of staking the site, updating their driveway, installing a wooden

Foundation, with piers and cement blocks.  They thanked the Board for being very patient

with them through this whole process.

The 2019-2020 Audit was presented.  Board members requested additional time to review

the audit before adoption.

August N.I.E.S.A. meeting was held virtual again because of the pandemic.  Their final audit

was accepted.  Frans Wilbrink was appointed as primary Member-at-Large, filling a two year

term and Ben Stiffler was appointed as alternate Member-at-Large, for a four year term.

The bills were presented by the Clerk.  Motion by Hamlin to the pay the bills as presented and

the additional bills that will be coming in later, because of the meeting being, on the first.

Apex Clean Energy, Inc. would like to meet with the Board at next month’s meeting.

The Clerk will put them on the agenda.

The Leroy Township Board meeting was called to order at 7:00 p.m. by Supervisor, Earl L. Griffes.

A building permit has been pulled for the Fulger property to set a mobile home, on their property

and footings need to be installed.  The Board agreed that a letter should be sent to the Fulgers, stating

The 2020 Road Project was discussed.  Motion by Benjamin to accept the Ingham County Road

N.I.E.S.A. report by Diederich.  The July 9th monthly meeting was held virtual again this month, because of the pandemic.  The member-at-large two year position and the alternate member-at-large four year

positions were discussed.  A portion of the N.I.E.S.A. millage that passed, on the August 4th ballot,

is designated to provide full-time paramedics, for the Leroy Station.

The bills were presented by the Clerk.  After review, Hamlin moved to pay all bills as presented.  Support, Benjamin.  Benjamin-Yes, Griffes-Yes, Diederich-Yes, Hamlin-Yes, Whitehead-Yes.  The

Motion by Benjamin to adjourn at 7:46 p.m.  Support, Diederich.  The motion passed.

After review, Diederich moved to accept the minutes of the June meeting as presented.

the center.  Motion by Diederich to adopt the Resolution #2020-02, for the Millage Proposal to be placed on the November 2020 Ballot, to let the voters decide.   Support, Hamlin.  Benjamin-Yes, Diederich-Yes, Griffes-Yes, Hamlin-Yes, Whitehead-Yes.  The motion passed.

Michigan Brewery Works building is complete.  Outdoor lighting and parking lot lining need to be addressed before occupancy permit can be issued.

The 2020 Ingham County Road Department Project was discussed.  A report from Bill Conklin stated that there hasn’t been a resolution because of their drop in revenue and will have it ready by the first of August.

Webberville Woman’s Advance Club would like to use the board room for their September meeting.  Motion by Benjamin to allow the service organization to use the room with no fee.

After review, Benjamin moved to pay all bills as presented.  Seconded. Hamlin.  Diederich-Yes,

Motion by Benjamin to adjourn at 8:06 p.m.  Support, Diederich.  The motion passed.